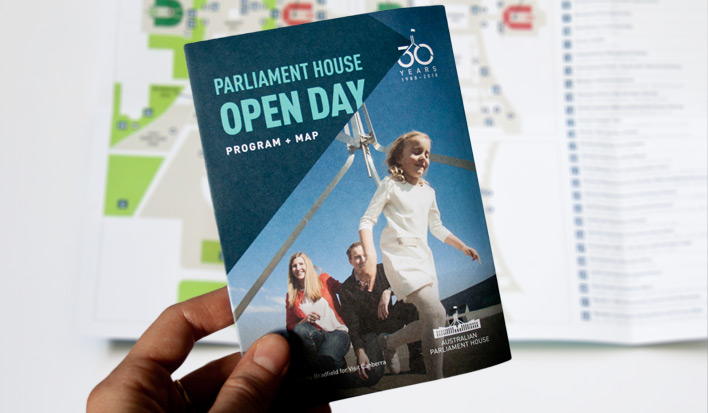 Continuing the 30 year anniversary celebrations at Australian Parliament House, a family friendly Open Day was held. Using the brand identity previously developed for the 30th anniversary, a series of promotional products were designed to invite the public to go behind the scenes and learn about Australia’s democracy in action.

Key products included a program of events with a map, a pocket-sized children's trail, character illustration, and promotional flyers.

In particular, the children's trail was very popular and was later tweaked to be used beyond Open Day. It has since been reprinted several times. 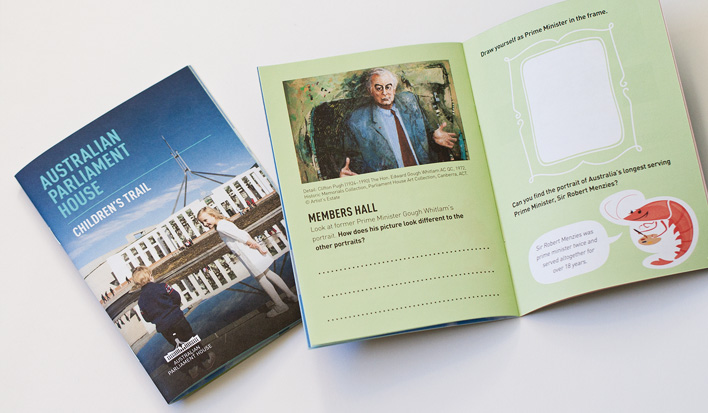 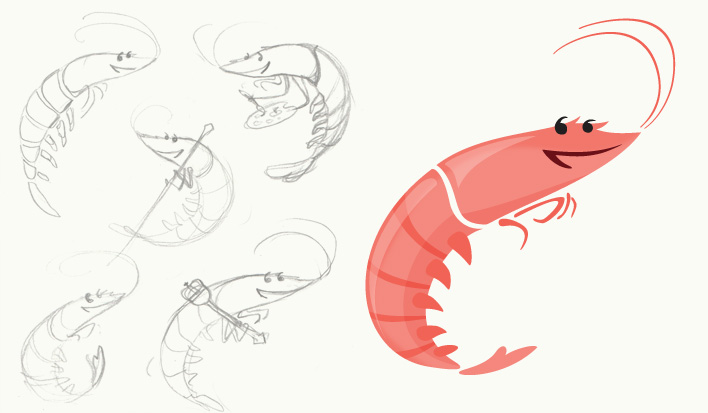 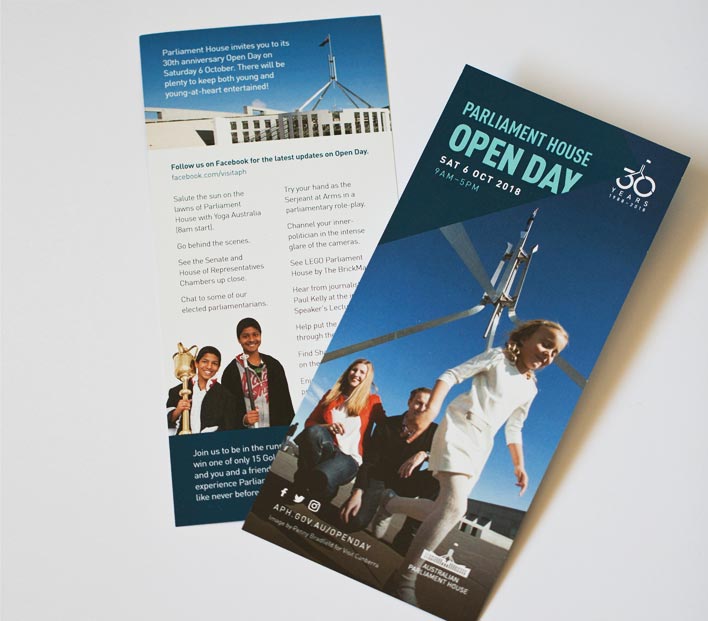